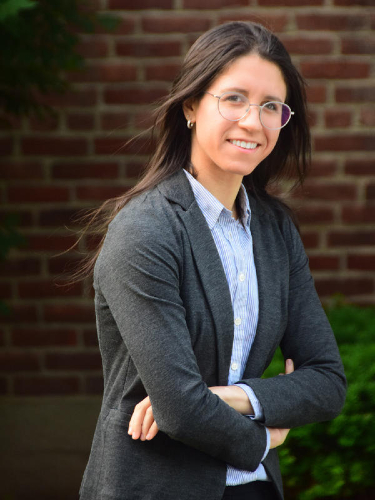 On October 19, 2022, Allison Lopatkin, assistant professor of biological sciences, and her colleagues published new research in The ISME Journal titled “Metabolic genes on conjugative plasmids are highly prevalent in Escherichia coli and can protect against antibiotic treatment.” The work addresses several understudied characteristics of genes involved in cellular metabolic processes, including their plasmid-borne prevalence, phenotypic effects, and co-occurrence with canonical antibiotic resistance genes.

Lopatkin and her colleagues discovered an abundance of genes involved in cellular metabolism and stress responses when comparing the distribution of metabolic genes spread by Escherichia coli (E. coli) to that of known antibiotic-resistance genes. Several of the studied genes demonstrated statistically significant associations or disassociations with genes known to display antibiotic resistance, indicating that all these gene types may impact the others’ ability to spread across hosts. This finding indicates that the selection dynamics of E. coli pathogens arise as a consequence of canonical mechanisms and their interactions with metabolic pathways, and emphasizes the ecological importance of metabolic genes on conjugal plasmids.